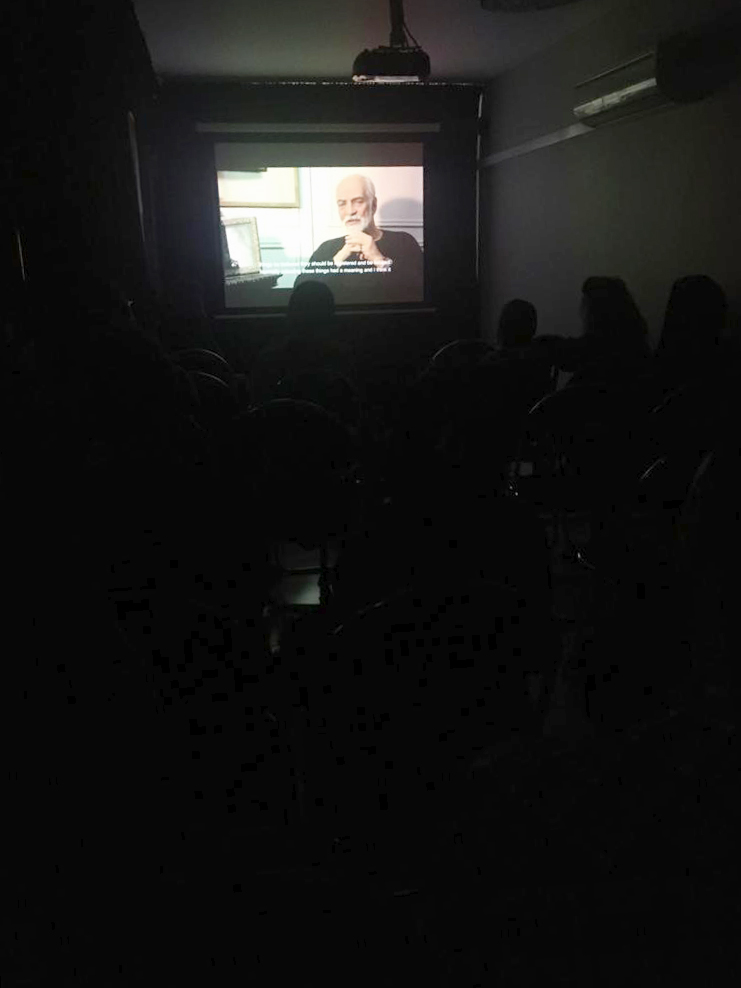 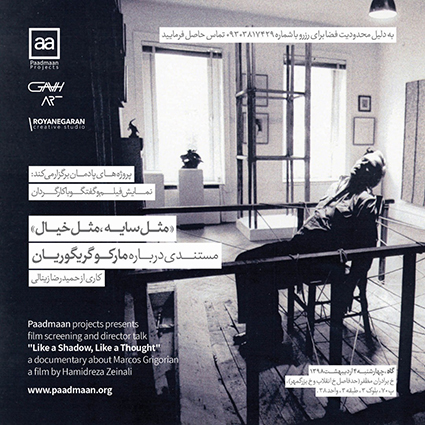 a documentary film about Marcos Grigorian.

directed by Hamidreza Zeinali, at GAAH space in Tehran.

The event started with screening the documentry by Hamidreza Zeinali.

After screening we had a nice chat with Mr Zeinali. 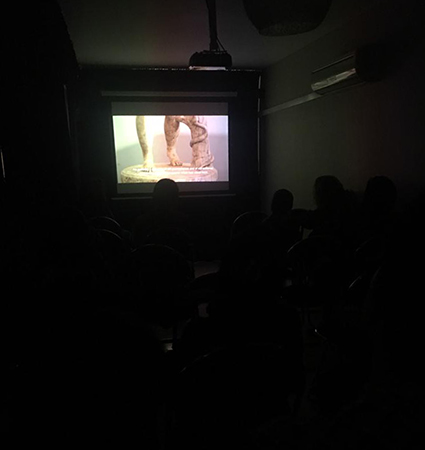 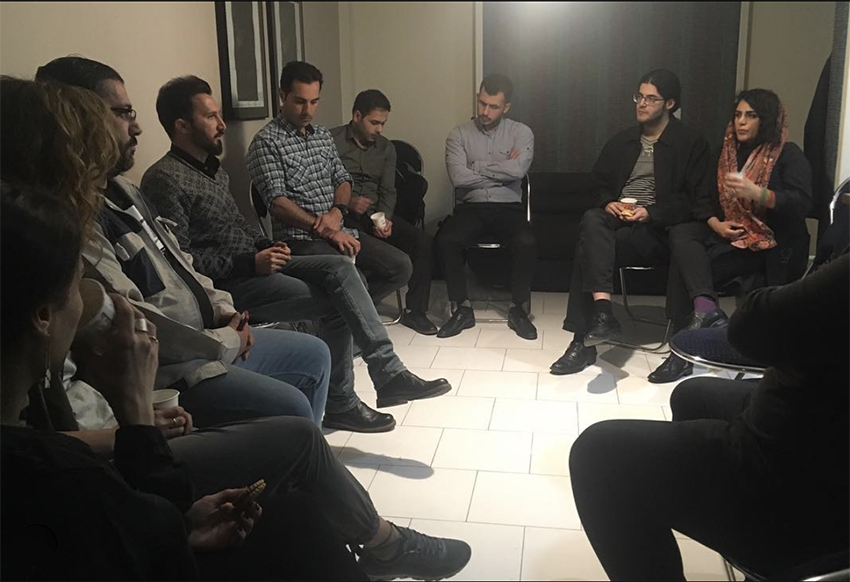 A Short biography about Marcos Grigorian: 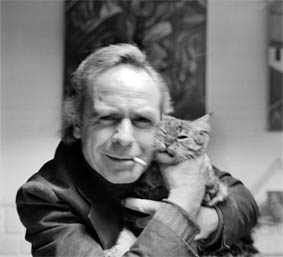 American artist and gallery owner, he was a pioneer of Iranian modern art.

Grigorian was born in Kropotkin, Krasnodar Krai, Russia, to an Armenian family

Turkey in 1920. In 1930 the family moved from Kropotkin to Iran, living first in

Tabriz, and then in Tehran. The Apadana gallery in Tehran opened in 1949, and began

After finishing his primary education in Iran, in 1950 he studied at the Accademia di Belle Arti in Rome. Graduating

from there in 1954, he returned to Iran, opened the Galerie Esthétique, an important commercial gallery in

Tehran. In 1958, under the auspices of the Ministry of Culture, he organized the first Tehran 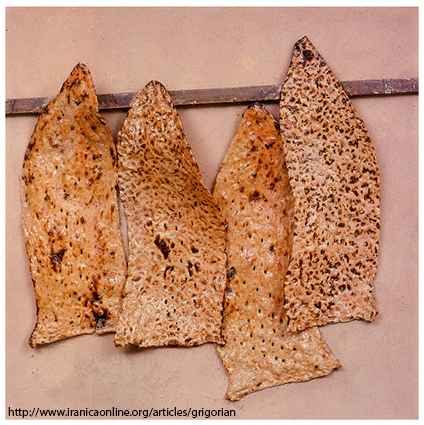 Biennial. Grigorian was also an influential teacher at the Fine Arts Academy, where

he disseminated hisenthusiasm for local popular culture, including coffee-house

paintings, a type of folk art named after the locations in which they were often

In the 1950s he acted in a few Iranian films, under the name "Marc Gregory".

He lived in the 1960s in the United States first moving in 1962 to New York City, and then moved to Minneapolis to

work at Minnetonka Center for the Arts. In Minneapolis he started Universal Galleries which became an

influential center for Iranian art in Minneapolis, and it existed at the same time along with a quickly growing Modern

Iranian art collection that could be found at Abby Weed Grey's home. In 1975, Grey donated her collection to

In 1975, Grigorian helped organize the Group of Free Painters and

Sculptors in Tehran and was a founder member. Other founding 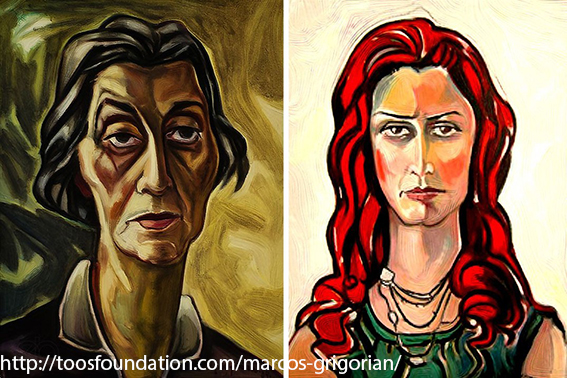 Grigorian was an early artist with earthworks and land art in Iran.

Grigorian eventually moved to Yerevan, Armenia (which was then

still a republic of the Soviet Union). In 1989, he traveled to Russia

at the invitation of the Union of Russian Artists, visiting Moscow

He exhibited his clay and straw works in Yerevan in 1991. He later donated

government of Armenia. In 1993 he founded the "Museum of the Middle East" in Yerevan: 2,600 exhibits are on

display, with most of them coming from his own collection.

Museum of Contemporary Art in Kerman, Near East Art Museum in Yerevan, 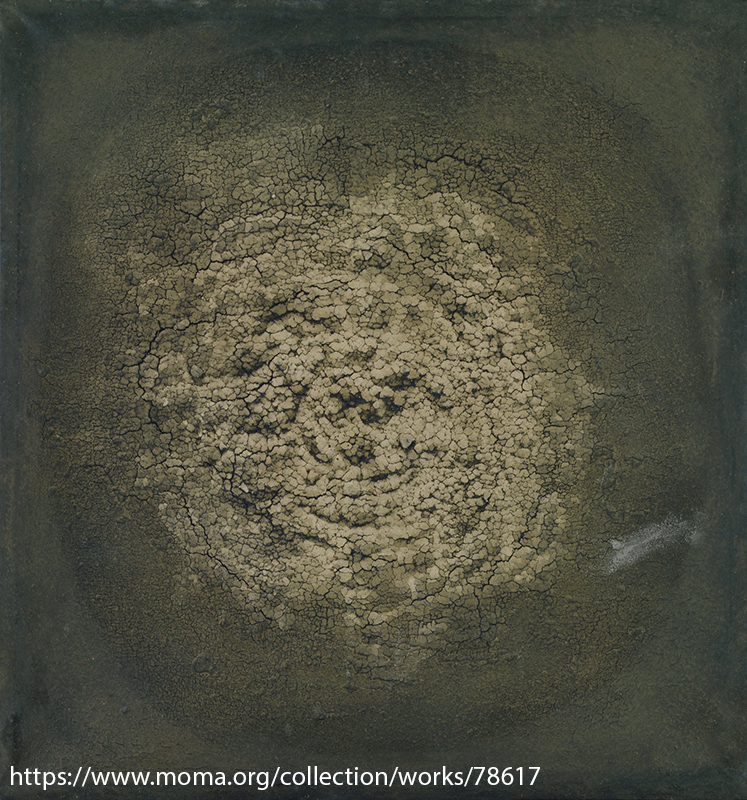 and the National Gallery of Armenia.

masked robbers who had broken into his Yerevan home. It was speculated

that the robbers believed, erroneously, that there was a large sum of money

in the house, proceeds from the sale of Grigorian's summer residence in Garni.

After an anonymous phone call to police, Grigorian was discovered injured and

taken to hospital. He died of a suspected heart attack on 27 August 2007, a

day after leaving the hospital.